Skip to content
Hi all!
We’ve been getting into the craft cocktail action lately, so it is with great pleasure that we announce to you that we have a show at one of Austins finest craft cocktail bars, the Townsend, Thursday night. Annnnnnd – it’s a very special show! 2018 marks the 20th anniversary of Spaceage, our 1998 LP + 7″ EP/CD that many folks consider to be one of our best, and the record that spawned “Heather Catherine Tallchief”, one of our most enduring and most-requested songs. So – we have booked two shows, one in Austin and one in Houston, to commemorate the occasion. We’ll be playing an all-Spaceage set both at Townsend Thursday May 24th and a Rudyard’s in Space City on June 2. Here’s the deets:
Thursday May 24th
Townsend
718 Congress Ave.
ATX 78701
Doors 8pm
8.30ish: Free Electricity
9.30ish: ST 37
$10 advance tickets available now: https://www.thetownsendaustin.com/shows/
Not only does the Townsend have some of the best cocktails you’ve ever tasted, it is a swank joint indeed – no dive bar here, folks. The front of the bar looks like a fine library from a comfortable mansion, and the back room is a black box theater with fantastic acoustics that is a listening room par excellence. Free Electricity contains our buddy Brian DiFrank, who runs the fantastic high end audio store Whetsone Audio and has purveyed his distinctive drum stylings in many bands that we have been pleased to be associated with, including the Devil Bat and the Promise Breakers.
More on the Houston show next week.
In other big big news – we have received advance copies of the new album! It is eponymously titeld and will officially be released July 25th at Beerland, and this show will serve as both our record release bash and tour kickoff party, as we embark on a Midwestern jaunt up to Chicago and back from July 26th to August 6th. Tour! New record! School’s almost out! Yippee!!
cheers
yer pals at
ST 37 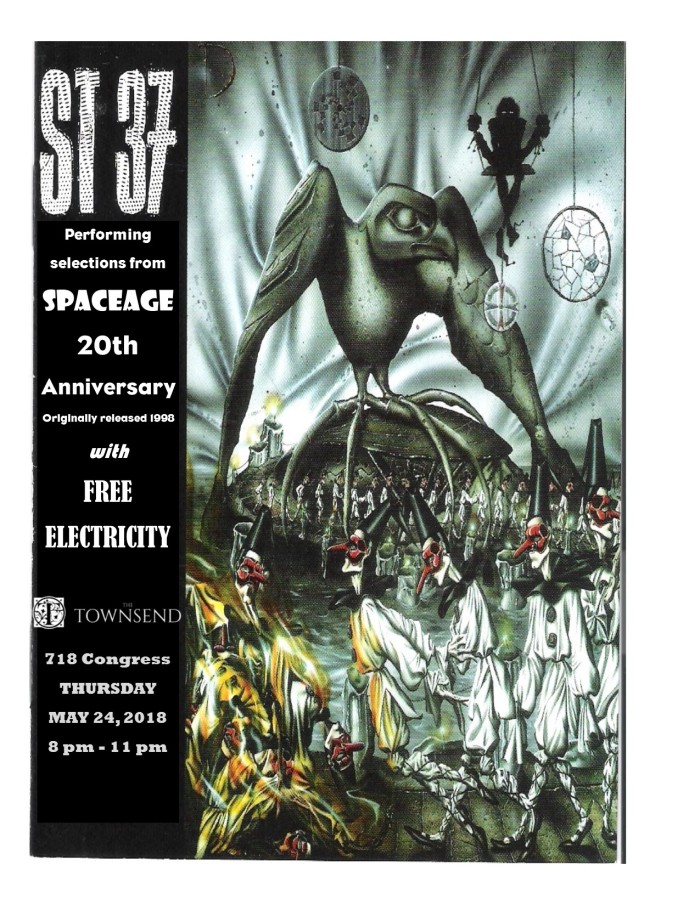 View all posts by st37blog